Afro Discrimination: Performer Fight for Equality After Experience with ‘Out Of Touch’ Film And TV Hair Stylists

A London-based performer is fighting for diversity to extend to the behind-the-scenes sector of the film and TV industry after experiencing first-hand how stylists are “out of touch”. 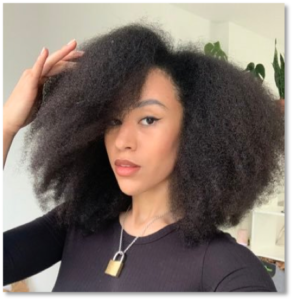 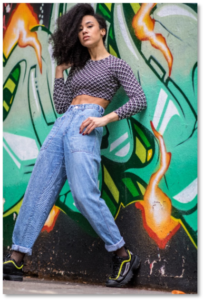 Jessica Walker, 26, is the founder of AfroIsMassive, an online platform with tips, advice and products for combatting the lack of knowledge surrounding afro hair – especially for hairstylists.

“I got my first film job just after completing my dance degree,” she said, “I noticed straight away on my first job that the styling team didn’t have any diversity within it. The lead stylist didn’t know how to work with afro hair – and pretty much all of the rest of the team were the same.

“It felt like as soon as they saw natural black hair, all they wanted to do was straighten it.”

Jessica remembers the uncomfortable atmosphere of the stylist room and the clear lack of understanding that they had: “Subconscious biases come into play when these people are given hair they know they can’t work with. They’re pulling and yanking at your hair as if it’s wild and untameable.

“Afro hair isn’t a standard that’s taught in many stylist schools, and this can lead unskilled stylists doing irreversible damage to our hair.”

Jessica notes that the diversity found in industries like film and TV are often surface level and the industry often ‘Wants the black body within the hair’.

“Black agents have been told to stop speaking out on racism, while performers have tried to defend themselves and been told not to come back,” she said, “We have to change this standard so that the future is safeguarded and all of the young black girls and boys looking to get into the entertainment don’t experience this too.”

Originally from Stoke Poges, Buckinghamshire, Jessica links her experience on various sets with ones she had in a mostly-white school: “There was one day when I wasn’t let into a classroom because of my hair – I was told it was too ‘distracting’. I wasn’t let back into the classroom unless I had a plastic bag on my head.

“When you’re 15, you don’t know how to protect yourself and you think you’re the issue – just like how I was made to feel on those film sets.

“Ironically, it was at that school where I got the name for my platform. I was called ‘AfroIsMassive’ in the style of that ‘Jungle is massive’ song, but now I’ve turned it into a way to talk positively about afro hair. When I first looked up afro hair on YouTube I’d never seen black women talk about their hair positively, so AfroIsMassive is my answer to it always being seen as a problem or inconvenience.” 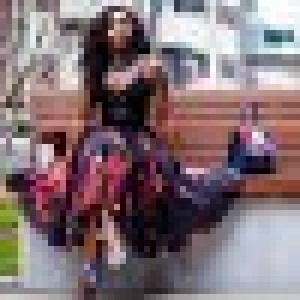 Send us your thoughts